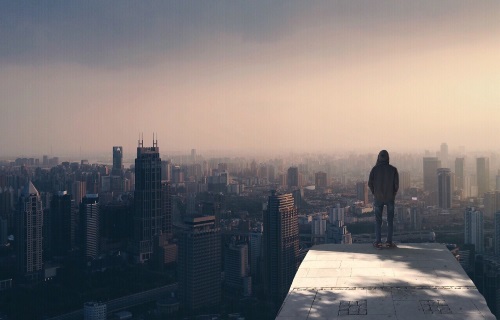 I know that many of you will not care about this blog post anyway. No matter if it was on the timeline or posted somewhere in a group, some will even certainly not think about it. These are the prejudices and first impressions of my person that are stuck in your head. But is it the right way to avoid a person like that?

The feeling of always being excluded

I was never one of those who followed the latest trends and was normal like everyone else. I always had my other passions and was usually far ahead of the others. It all began when I started reading comics in kindergarten, while everyone else was still playing with toy cars. And every time I laughed at one part of the comic book, the others looked at me silly and thought I was an abnormal person. So yes, already here I was indirectly excluded, but I felt comfortable with it.

Then I started going to primary school, but the habits haven’t changed. I was still ahead of everyone else, for example, I was able to read and write flawlessly in first grade while the other “normal” ones were just beginning. Nevertheless, I could hardly make friends with anyone, because they already noticed my “weirdness”. However, they lacked a reason to laugh at me, so they couldn’t exclude me without a reason.

But since I wasn’t on the same level with them, they started pushing me into the so-called bullying corner. While it was very annoying for me, it was funny for them to see how I was freaking out. That was then the final moment when I made my final bad impression for the rest of primary school, it was only a matter of time.

When others remember you when they need help

It’s a common thing nowadays that someone is approaching me all of a sudden, whether male or female, doesn’t matter. And it’s quite obvious for me that they mostly only approach me for help. But the way they do it is just bothering. Instead of coming straight to the question, they try to pretend we’re good friends.

So what am I supposed to do in a situation like this?

If I didn’t answer, then they would consider it as being unfriendly, which then would again make a bad impression on them. And if I refuse to answer their question, then they will start questioning my knowledge. 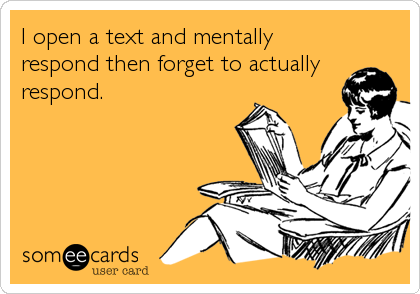 Of course, some of you will say that it’s actually good that other people ask you for help. And some would also say that it was an attempt to get in contact with me. But what if all of a sudden I wouldn’t live on this world anymore? Would they only notice it when they needed help from me again? Or would they not even notice and pretend like they never met me?

Or more importantly, will they never find the solution for their problem? I think that in the age of the Internet, looking for a solution to a problem shouldn’t be such a difficult task, it’s just a 5 minute search though.

When looking back on my life, I would actually say that right now I don’t have any friend at my place right now who I could speak to. It doesn’t mean that I have no friends at all, I just don’t have anyone to hang out with after school. And I miss that lack of a person a lot, especially in difficult times right now.

Back when I was living in Berlin I had my best friend Damian with whom I spent almost every weekend. I met him in first grade during primary school and we have been talking about Nintendo games ever since. He has always helped me in difficult times and defended me from any trouble. And with the look into the past I realize it only now how grateful I am to him for that. We also went to the same high school together and stayed best friends even after several arguments.

But then I decided to move out of Berlin 2 years ago and everything changed. I moved to Krakow in Poland, hoping for better education and perhaps other friends. Since I was enrolled in Germany one year earlier than my peers in Poland, I was added to a class with people from the 90s generation. And to be honest, it was a good time with them if it weren’t for the hard math that forced me to change classes.

In the end I had to repeat the class either, because I was supposed to go into a class with my peers from the 00s, where I actually should belong to…

The generation gap is real

Many people will disagree with me, but I can clearly say that it is happening right now. I feel like my classmates don’t know how to have fun, instead they prefer to play online. I am currently attending a dance course and am very disappointed to see that there is hardly any of the first and second year students this year, not like the year before when most dancers were second graders. They don’t realize what they’re really losing, as a lot of girls value it when a boy can dance. (Ok, I’m gonna probably end up killing myself for that last sentence

But this is not just about gender relations, it’s also about social life in groups. While 20 years ago you couldn’t do anything at home, nowadays in times of the Internet age, you can do a lot more at home than outside. It is sad to see that nowadays people rather meet online after school than going to eat and talk for example. And no, it doesn’t affect the whole generation, but the majority, and I still believe that there are people on this planet I could be friends with. Indeed there are some, but unfortunately friends at a distance are not the same as friends at my place, like Till from Switzerland or Chris from Austria. (Greetings from Kraków!)

When people leave you for no reason

I told my ex “girlfriend” that I am going to a psychologist, a day later she rejected me. But instead of telling me that directly, she told me that she is not ready. Sadly after that day we never had any contact again. What conclusion should I get from that? You then start looking for the reason, but you fall into a endless loop. But time is ticking on and months go by, but you can’t find the answer to your question.

And yeah, I guess you will say I should forget about her and keep looking forward, but it is not easy as it seems to be. You still might want to learn from your mistakes, so you don’t accidentally repeat it with the next girl.

This is one of several examples of how such relationship breakdowns can lead to psychological problems if you’ve done it wrongly. And sometimes people tie themselves too tightly to a person with great hopes. But that doesn’t have to mean the end of the world unless, of course, the person talks badly about you. However, it is best not to give up, but to look ahead, because as they say in German: you will find friends in need.

So why should I care about anyone?

Because no one cares, right?

My Story about Lawnchair Launcher

This year I’m taking part in Google Code-in for the second and last time, as some of you might have already noticed that I will be 18 years old next year. However, it doesn’t keep me from sharing my experiences I gathered last year in this post, especially useful tips for newcomers who might want to join Google Code-in during this Christmas season. This guide is not only for Google Code-in beginners, but open-source in general.